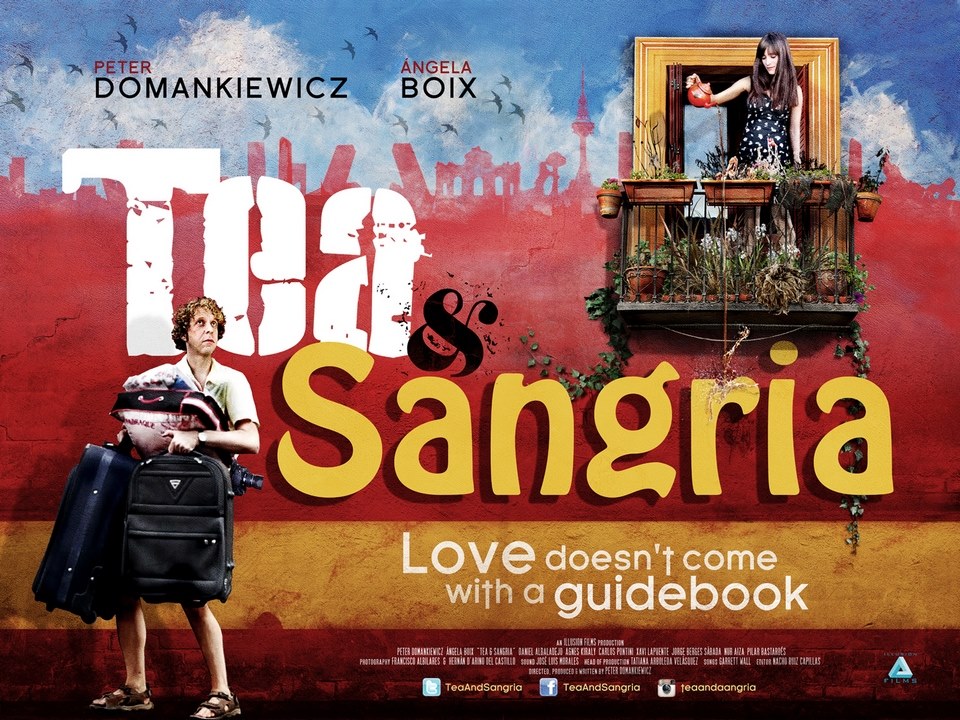 ‘Tea and Sangria’ is now showing at cinemas in the UK!

I’m very pleased to report that ‘Tea and Sangria’ has finally entered into the spotlight with screenings taking place throughout the UK. With the UK premiere at Cine Lumiere in London, a successful screening at the Watershed in Bristol and a two week run at the Empire Cinema chain, it’s already got people talking and achieved some great reviews.

After the amount of hard work that went into making and editing the film and the huge amount of effort promoting it, Director, Peter Domankiewicz fully deserves it!

We filmed Tea and Sangria way back in 2010. It now seems like a distant memory. I only played a small role in the film but nonetheless, a role… and it was great to be a part of it. It is funny when you get involved in these sorts of projects, you never know which direction they are going to go! I’m so pleased for Peter and wish him all the success.

If you are in the UK, I recommend you go and see it whilst you can! There are limited screening dates remaining! 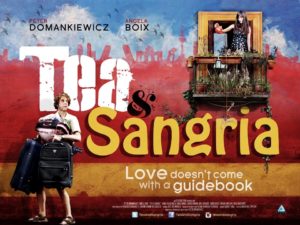 Love-struck Londoner David drops everything and makes for Madrid to be with his Spanish sweetheart Marisa, but quickly finds himself dumped, dazed and confused in a land and a language very different from his own.

With the help of some lively and outrageous locals, David immerses himself in Latin life and discovers (with a few complications along the way) that in order to love a Spanish woman you first have to learn to love Spain.

A charming romp through romance, rejection and culture shock, this romantic comedy plays like a cinematic love letter to Madrid.

To read more about the movie, upcoming screenings and tickets go to the website: http://www.teaandsangriamovie.com