MEET THE MUSICIANS OF MILK AND SUGAR

Kimberley Newell brings a blend of inspirational poetic lyrics, jazzy and soulful melodies with a heavy hip-hop undercurrent. A strong and unique stage performance, captivating a large plectrum of ears, from intimate all female audiences to main stage mayhem at festivals around the UK: Boomtown, Mischief, Noz stock, Nas festival and many more.

Working with artists such as Dirty Dike and Leaf Dog from the established High Focus Records as well as Inja and Ben 9mm. 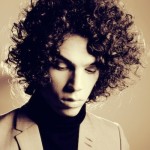 Hailing from Manchester, 22 year old Todd Dorigo had a successful 2013 on the live circuit with SJM backed live shows including a support slot on the World Party tour. A highlight was his Glastonbury debut and, that, coupled with much interest in his publishing on both sides of the Atlantic, has set up 2014 as his breakthrough year as a recording artist.

Todd puts a contemporary spin on a number of influences to make them his own, but there is undoubtedly a nod to the cream of British song writing including Ray Davies, Elvis Costello and the Jagger/Richards partnership which made the attendance of legendary Stones producer Chris Kimsey at a recent London show particularly special. 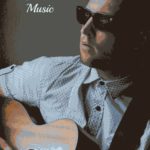 A singer/songwriter from London who has played with numerous bands and is currently playing solo with his own material. 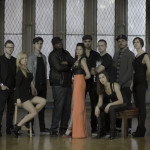 Josephine & The Artizans are a 10 piece London based HIP-HOPERA band. The group blend Classical music with Hip-Hop and Rock to create a unique, fresh and innovative sound. Each member of the band comes from a very different musical background, bringing something unique to the mix by adapting and merging their skills.

Classically trained Josephine was growing increasingly tired of the cultural gap between the pop- scene and classical world. For years people have been becoming more and more catholic in their tastes, so she decided to create something which is neither classical or commercial, but a blend of both.

“The Artizans have mastered the merging of classical and modern, resulting in an authentic blend of old and new; and have challenged basic music genres to create their own label of sound.”

Since forming, the band have performed on the mainstage at Galtres Festival alongside Maximo Park and Brownstock festival alongside Tom Odell and The Fratellis. They have also headlined at prestigious venues such as Ronnie Scott’s, Jazz Cafe and the O2 Islington and have appeared live on BBC 3CR, Cardiff FM, Premier Radio and had coverage on BBC 6 Music.

The group are set for a busy summer with their EP ‘Dies Irae’ due to be released in May and they already have been confirmed for some of the UK’s top festivals. 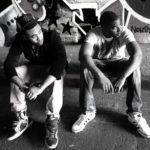 The Mx Ugoh produced single coupled with vocals from Warrs (as well as a guest vocalist) provided the catalyst for the formation of the band.

Since then, the band have been working the live music circuit and building a dedicated fan base, 2013 saw the band gigging relentlessly, with a showcase listing which includes Shoreditch House, The Avalon, 55Club, Brixton Jamm, St. Mary’s University (SIMMSTOCK Festival), Royal Holloway University (with BBC Radio 1Xtra)  and many more!

2013 also saw the release of the first EP, ‘The Correlation’ which captured a powerful snippet of the band’s catalogue. Available as a free download via: